This is my go to Chocolate Buttercream Recipe! It’s soft, fluffy and incredibly decadent, pipes beautifully onto your chocolate cupcakes and is perfectly smooth and luscious to layer with a chocolate cake. 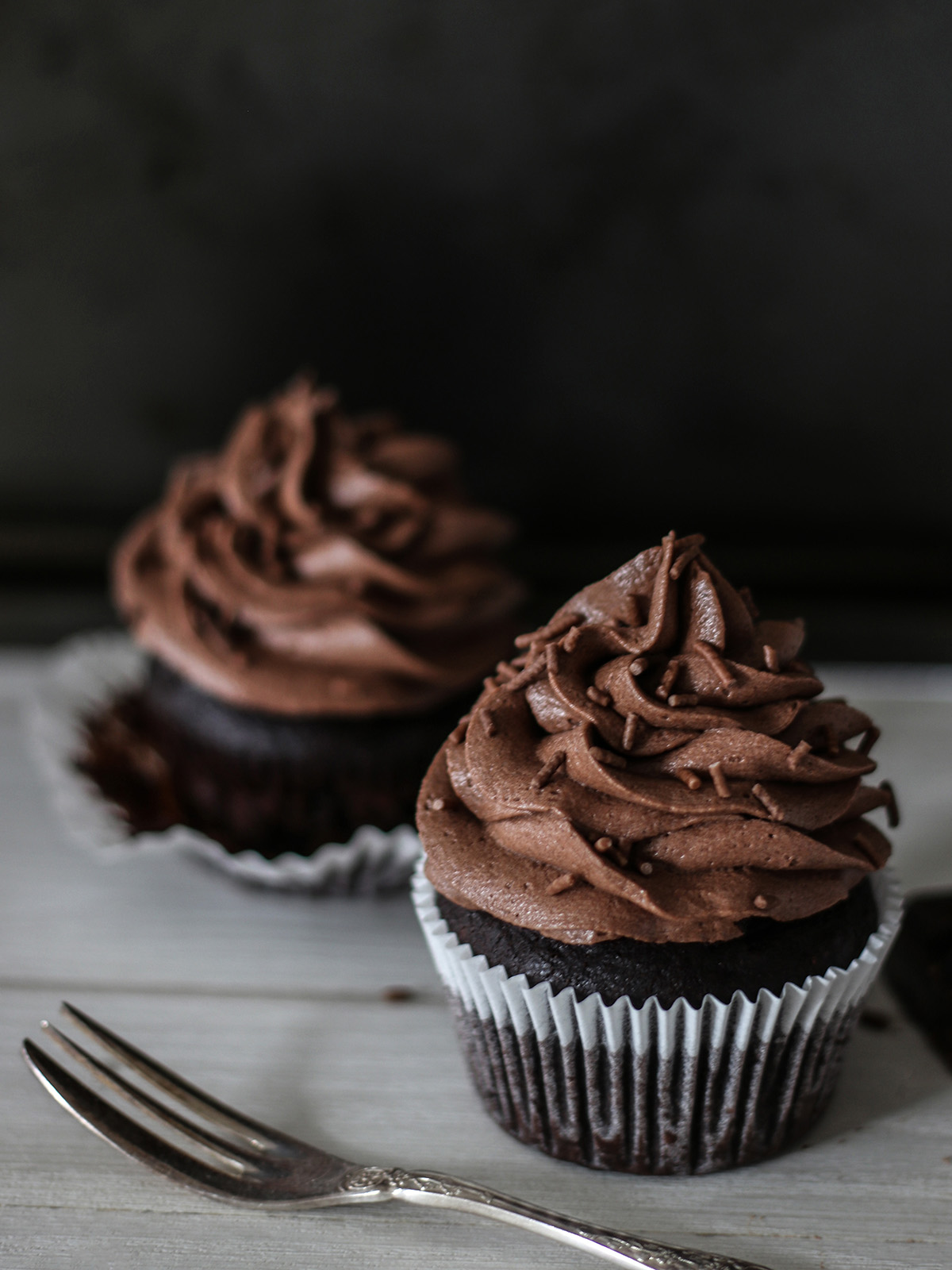 Buttercream is a staple for baking so having a good recipe on hand is so important.

I’ve made this Chocolate Buttercream more times than I can count so trust me when I say this is the only recipe you’ll need!

Follow this video tutorial to make the most delicious Chocolate Buttercream

Buttercream is a staple for baking so always having a good recipe on hand is so important.

I’ve made this Chocolate Buttercream more times than I can count so trust me when I say this is the only recipe you’ll need! 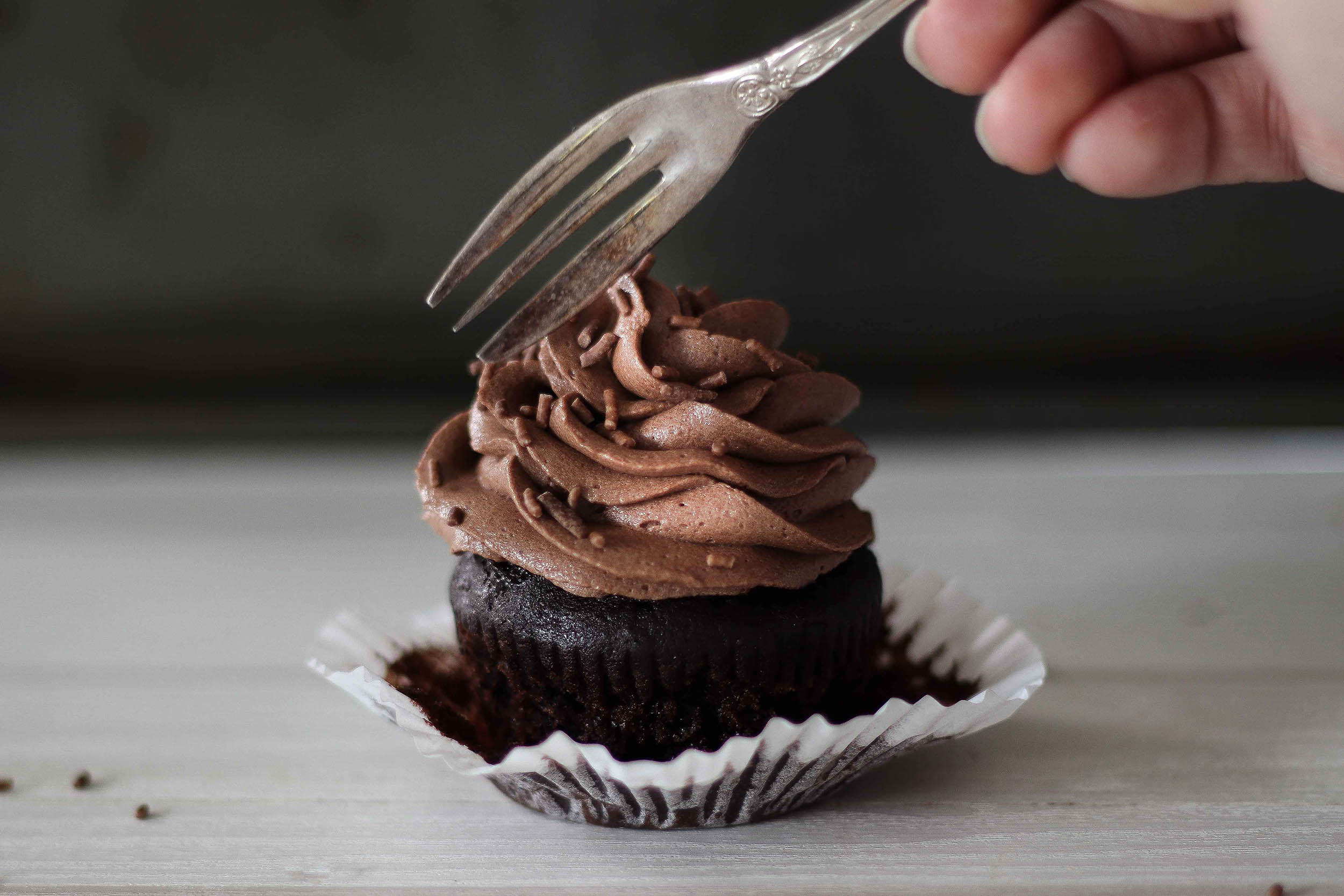 2 Sticks / 225g Butter – Make sure your butter is at room temperature. Remove it from the fridge at least a few hours before you start making this recipe or use the microwave to soften it.

1/2 Cup / 125ml Milk – Whole milk is best for this recipe but other types of milk or milk alternatives can be used instead.

How to Make the BEST Chocolate Buttercream

Get your butter out of the fridge at least 2 hours before you need to use it.

We need room temperature butter here or it won’t cream with the sugar. If you forget you can use the microwave on very low power or cut your butter into small cubes to let it come to room temp a lot faster. 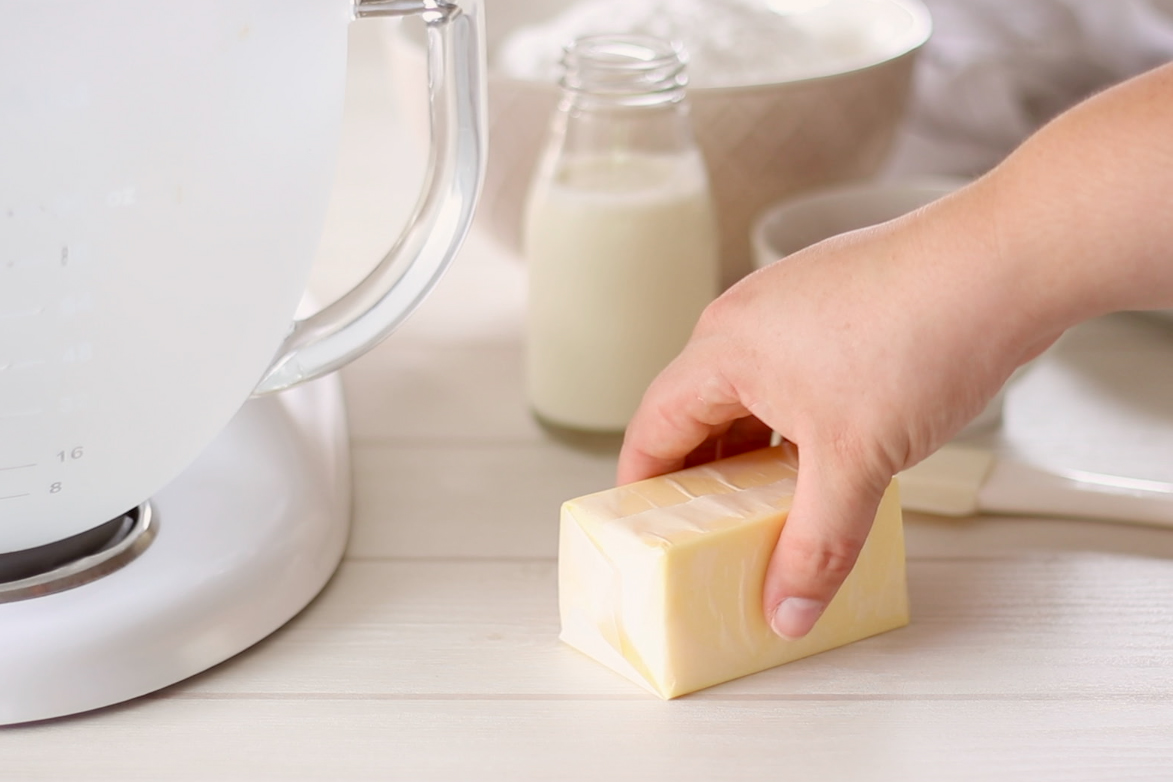 Using a stand mixer or a hand mixer beat your butter on medium speed for about 5 minutes.

We need it to about double in volume and become incredibly light and pale. 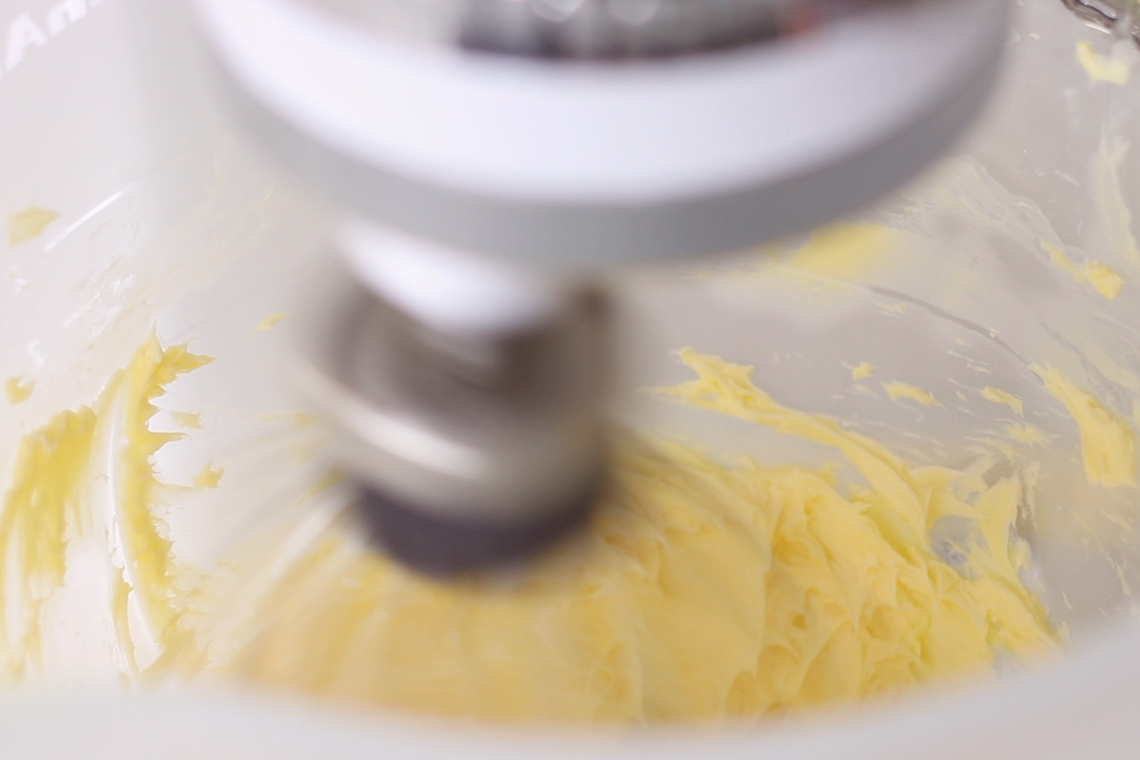 Add the powdered sugar a third at a time, waiting until its fully incorporated before adding the next amount. 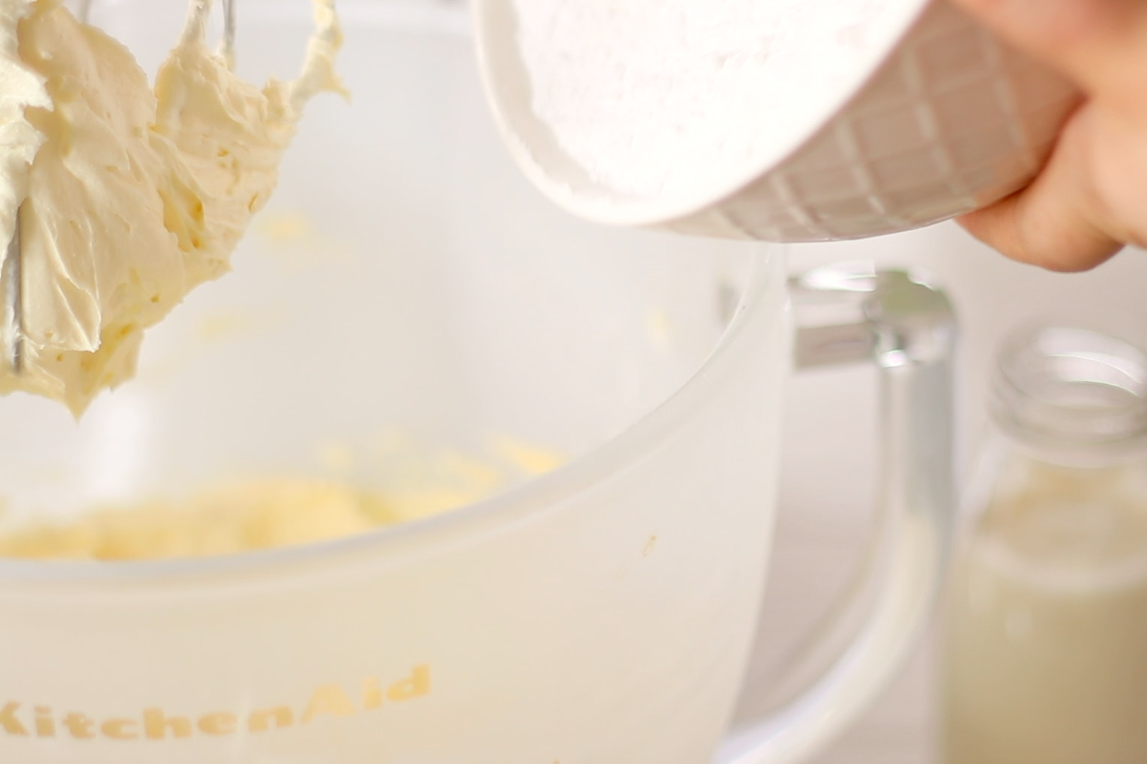 Add the cocoa powder and mix until combined.

The buttercream will be very clumpy and dry here, don’t worry just mix until combined. 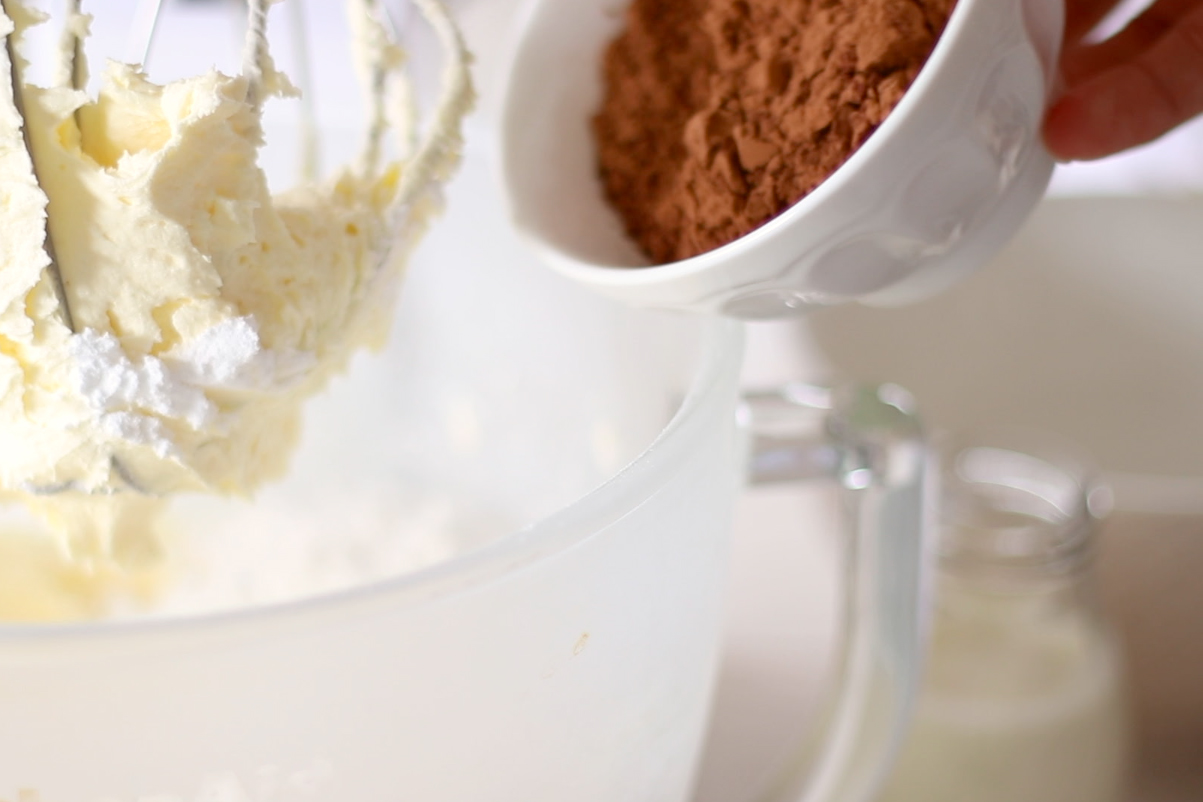 Add the milk slowly with the machine running until you have the consistency you would like. 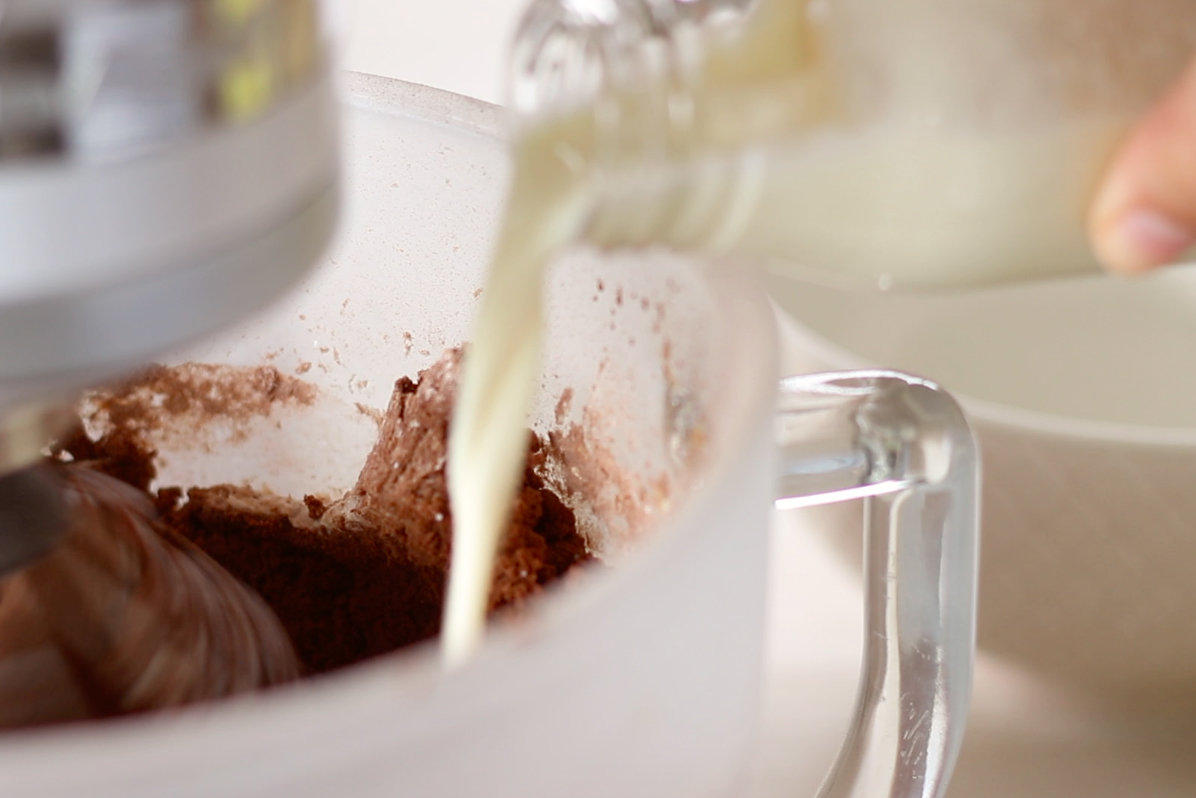 Flavour the buttercream with 1 tsp of Vanilla Essence.

You wont have a strong vanilla flavour, this is mainly used to help bring out more of the chocolate flavour. 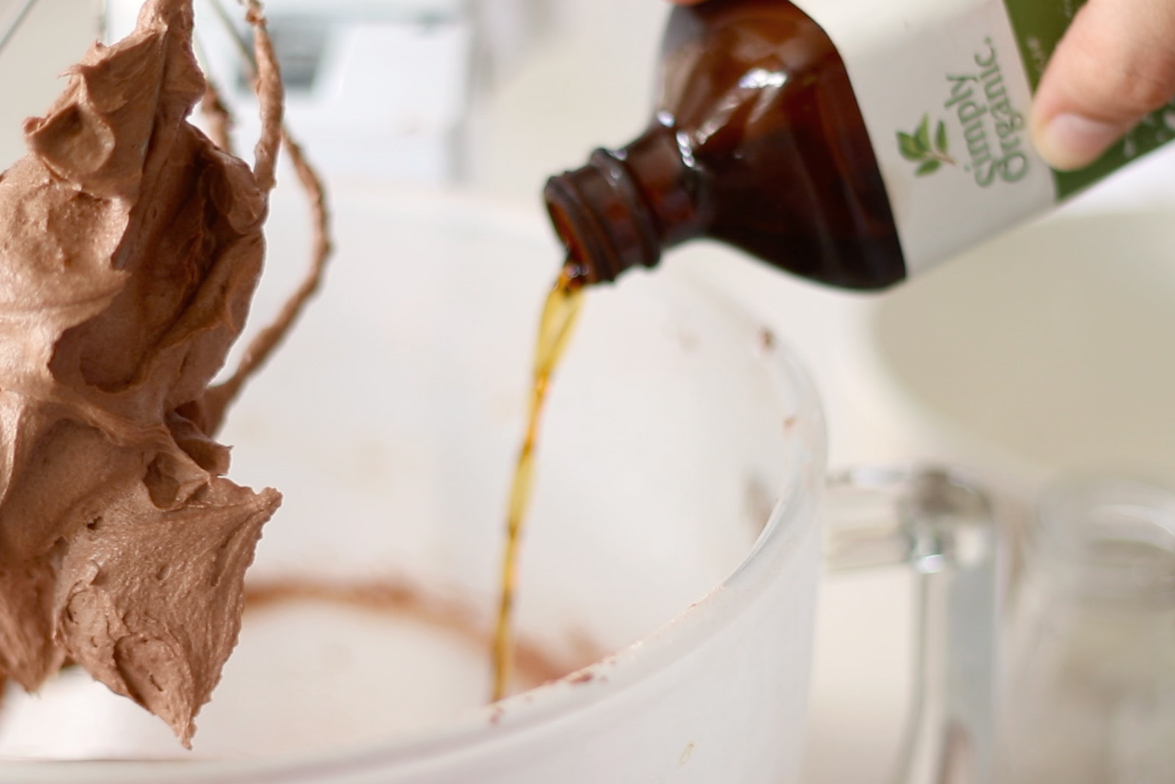 Add the Chocolate Buttercream to a piping bag and it’s ready to use!

I often get asked with this recipe why there isn’t any chocolate in it, just cocoa powder. The answer to that is using actual chocolate doesn’t really have many benefits in this recipe.

So save yourself some time and money and just use the best quality cocoa powder because that’s all you need to make the most perfect Chocolate Buttercream. 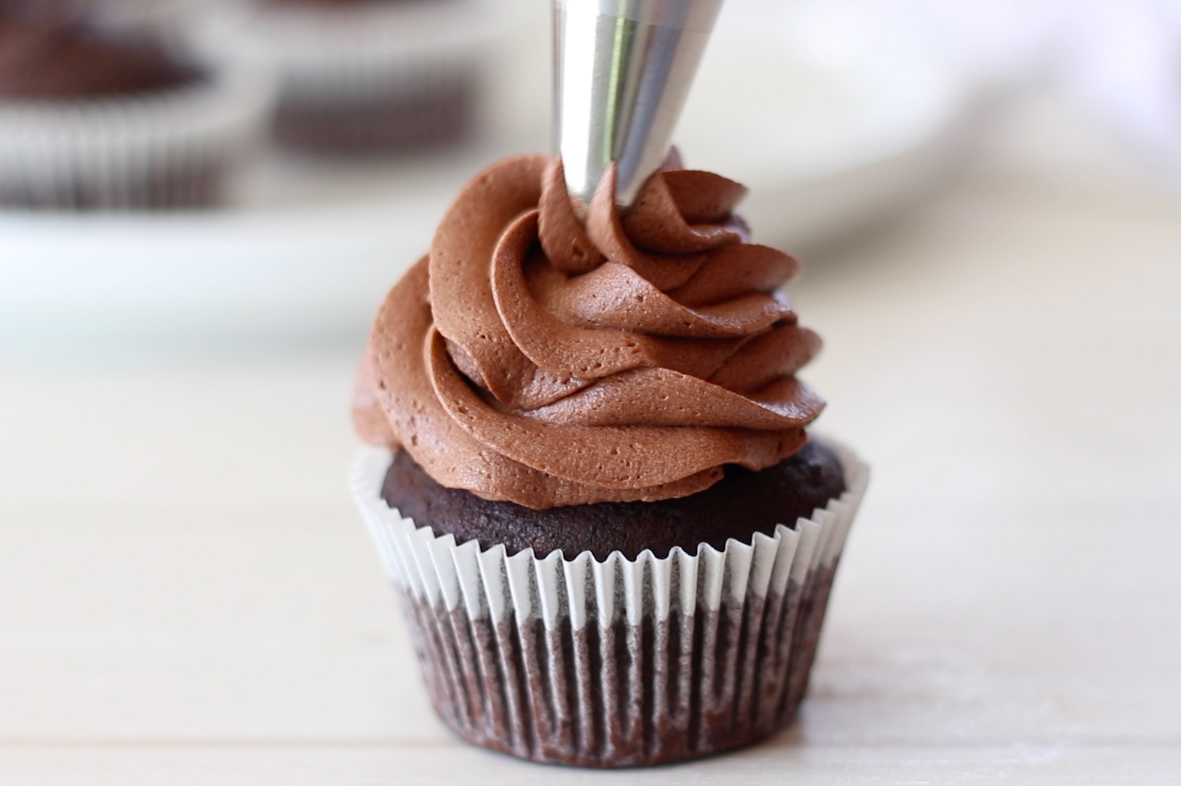 How many cupcakes will this chocolate buttercream cover?

This will make enough for about 15-18 cupcakes depending on how high you pipe the buttercream. It will be enough to layer an 8″ or 20cm cake.

How long will this Chocolate Buttercream last? 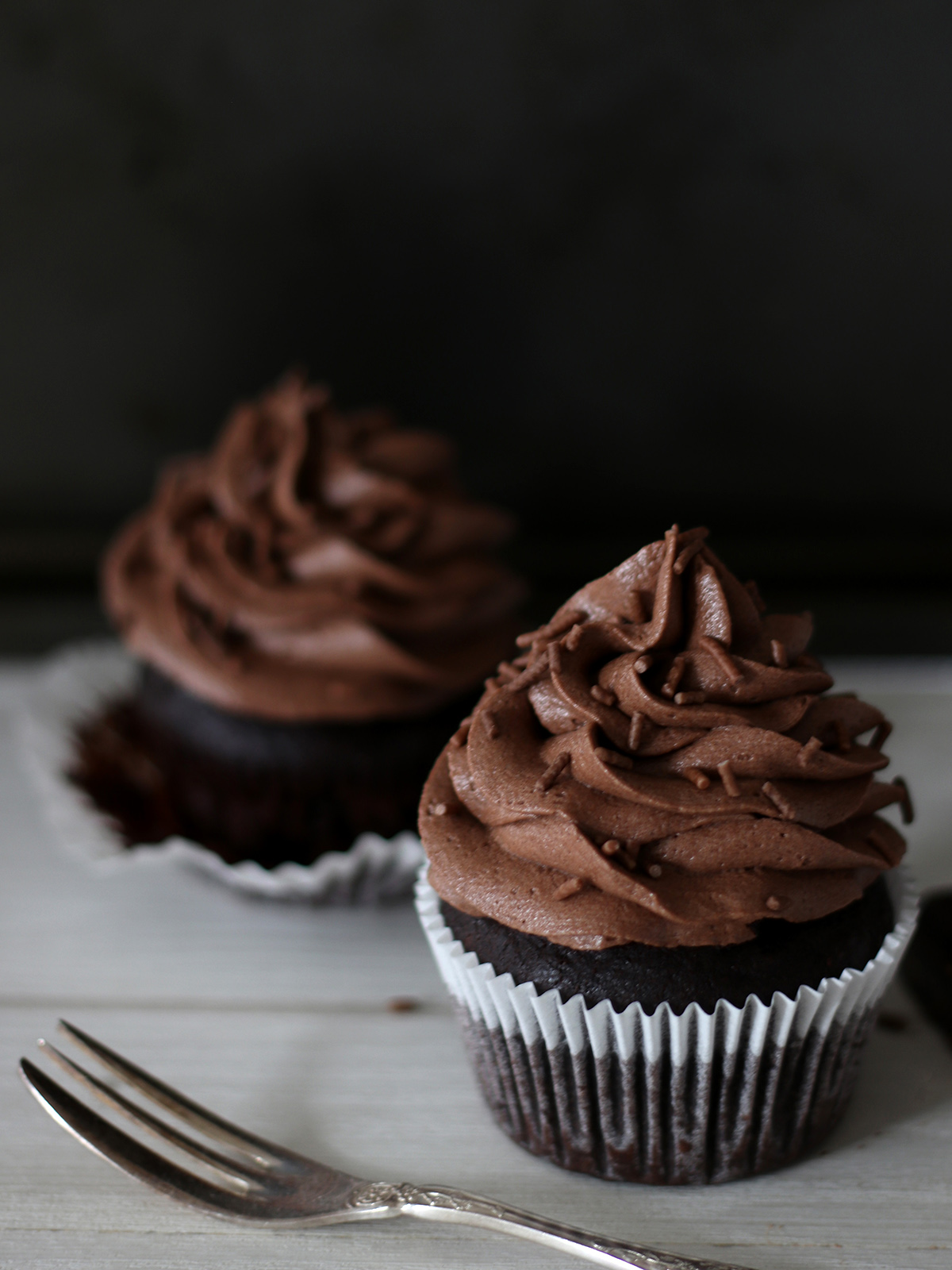 The butter needs to be whipped for this recipe. It will take about 5 minutes on medium to high speed so you wont be able to do this by hand.

To measure the ingredients for this recipe measuring cups or a digital scale can be used. I have given the amounts for both as different people have different preferences.

To use this buttercream on cupcakes it’s easiest to use a piping bag and piping tip. I have used a Wilton 2D piping tip here, it’s my favorite!

Delicious Recipes to pair with this Chocolate Buttercream 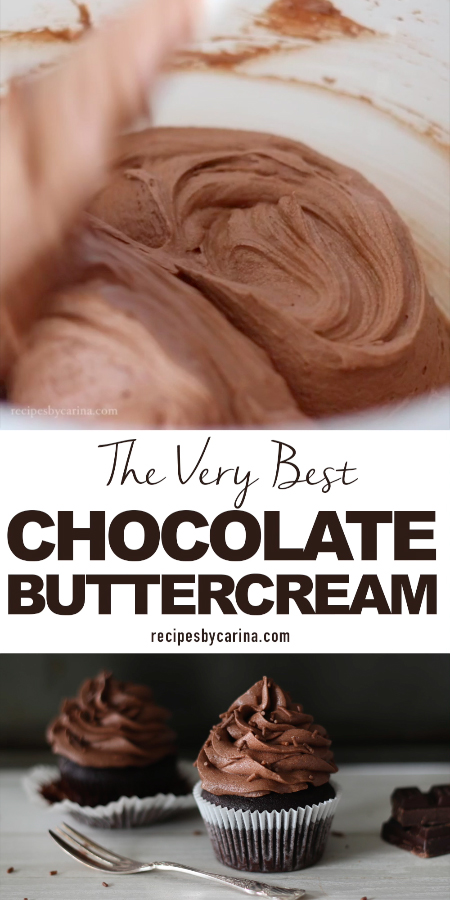 I am very excited to try this recipe but I’m not sure if I should used Unsalted or Salted butter, which do you prefer??

Can I use chocolate milk?

Best frosting I've ever made!

Should I make two batches if I am using this butter cream to layer my cake, crumb it, and ice it?

I tried this tonight and it split, is there any way to fix that?