These Vanilla Cupcakes are super easy and simple to make, they’re light, soft and fluffy and bursting with vanilla flavor, you wont be able to stop at just one. Decorate them with vanilla buttercream because a cupcake without buttercream isn’t really a cupcake, they’ll be the best you’ll ever taste. 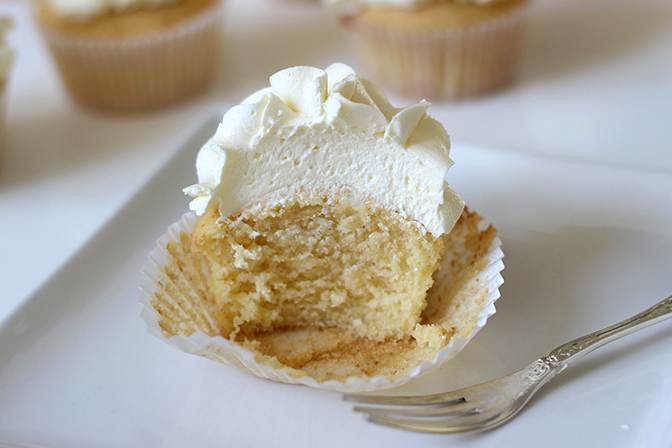 I’ve made more batches of vanilla cupcakes than I could count and I say with confidence this is a perfect recipe. They’re melt in your mouth delicious, super moist and never dry. Vanilla Cupcakes go perfectly with vanilla buttercream but they’re also perfect for so many other flavors and coloring. Think birthday parties and celebrations, cupcakes are always a hit and so fun and easy to decorate for a theme. 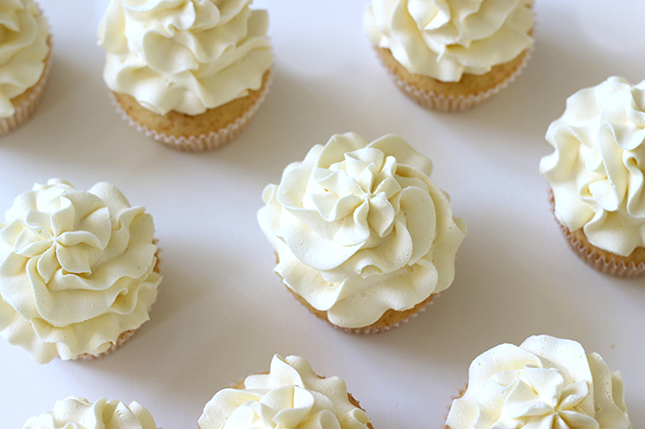 Watch the video below for step by step instructions for how to make the most delicious Vanilla Cupcakes!

How to Make Vanilla Cupcakes

In a medium bowl if you’re using a hand mixer or the bowl of a stand mixer add the room temperature butter. 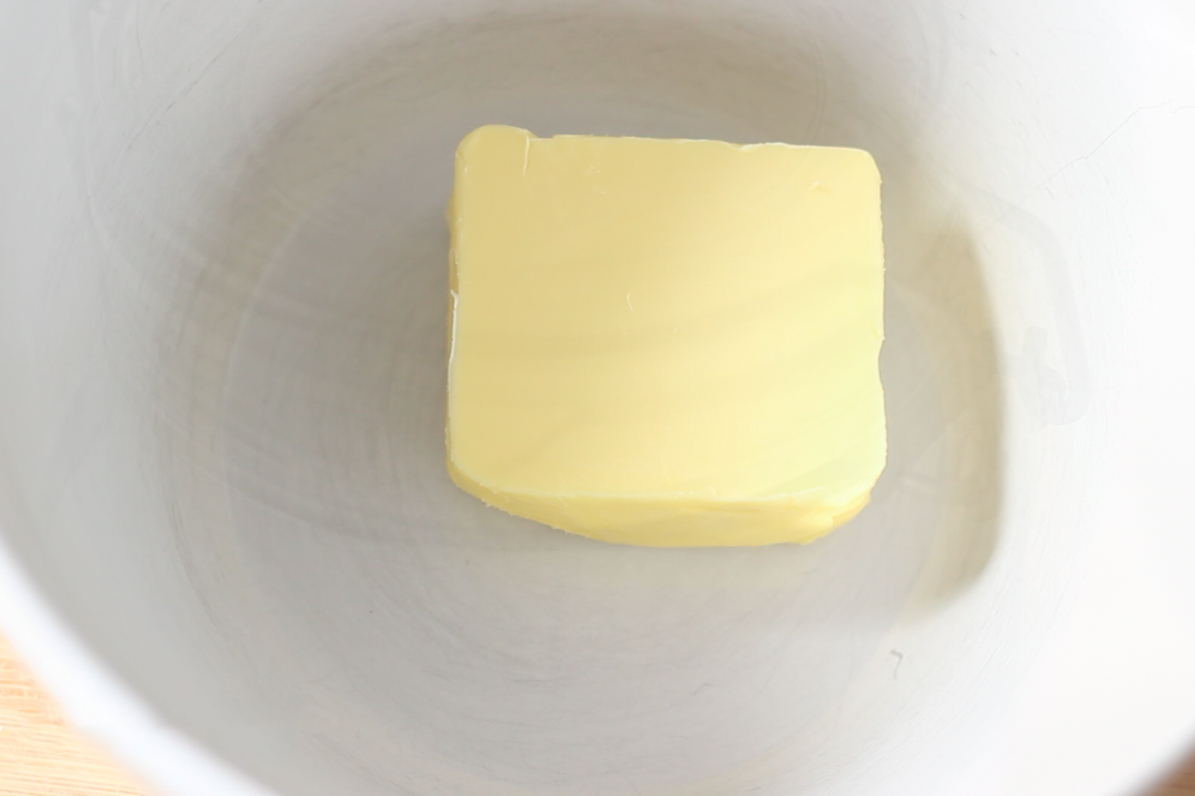 Measure out the sugar and add it to the bowl with the butter. 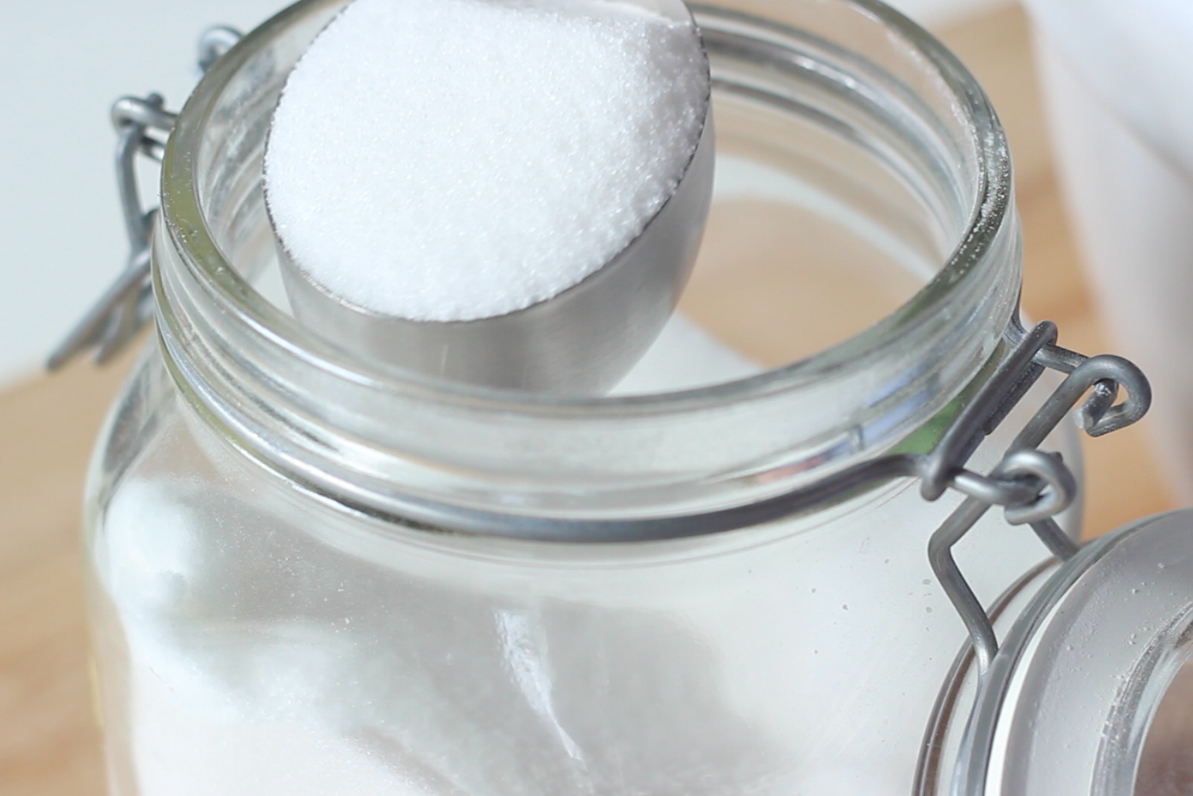 Cream the butter and sugar together on medium speed until light and fluffy. 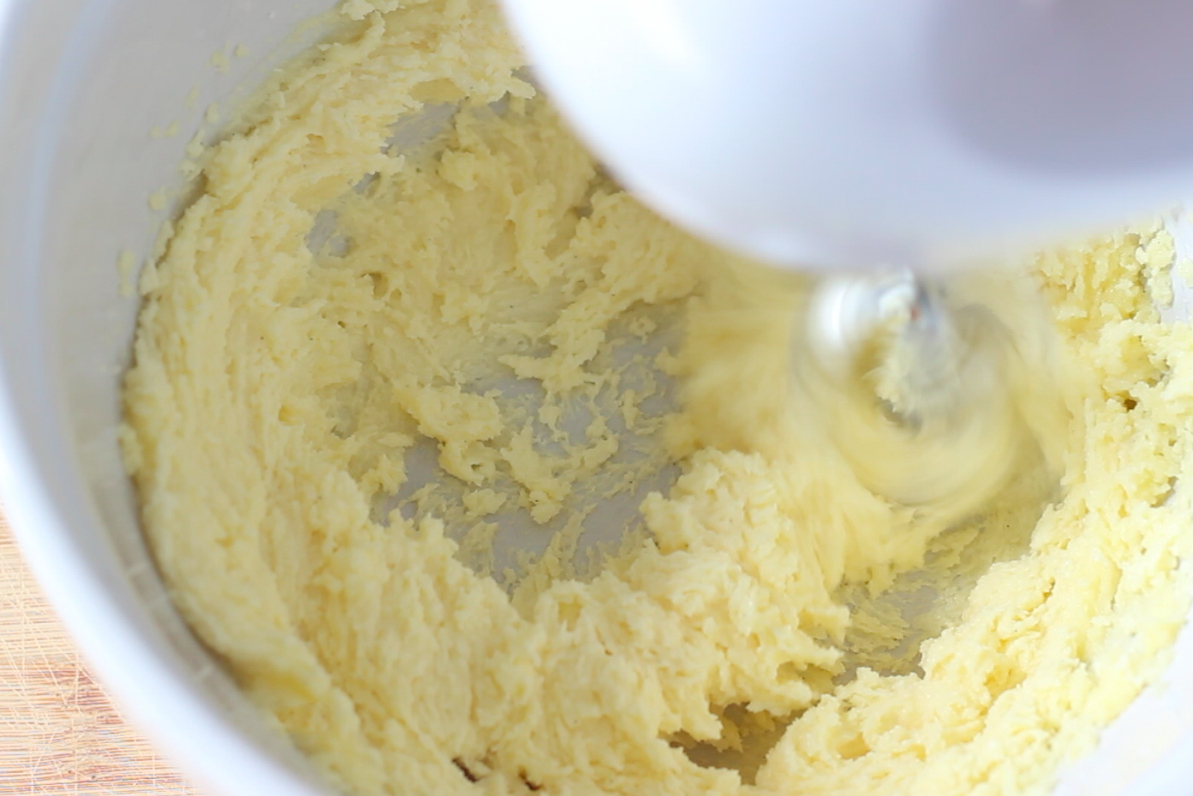 Add the two eggs to the bowl, one at a time mixing the batter together until the egg is combined before adding the next. Pour in the vanilla essence. 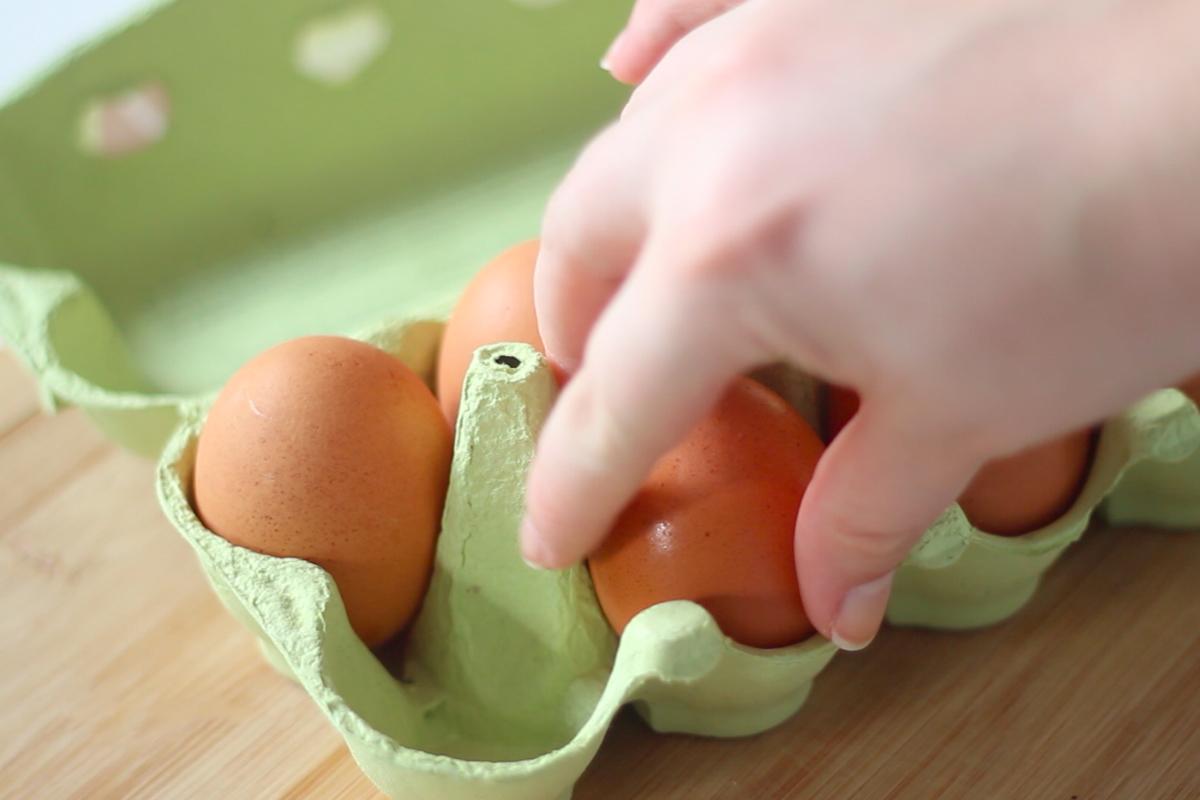 Sieve the dry ingredients, the flour, baking powder and salt, into the mixing bowl. 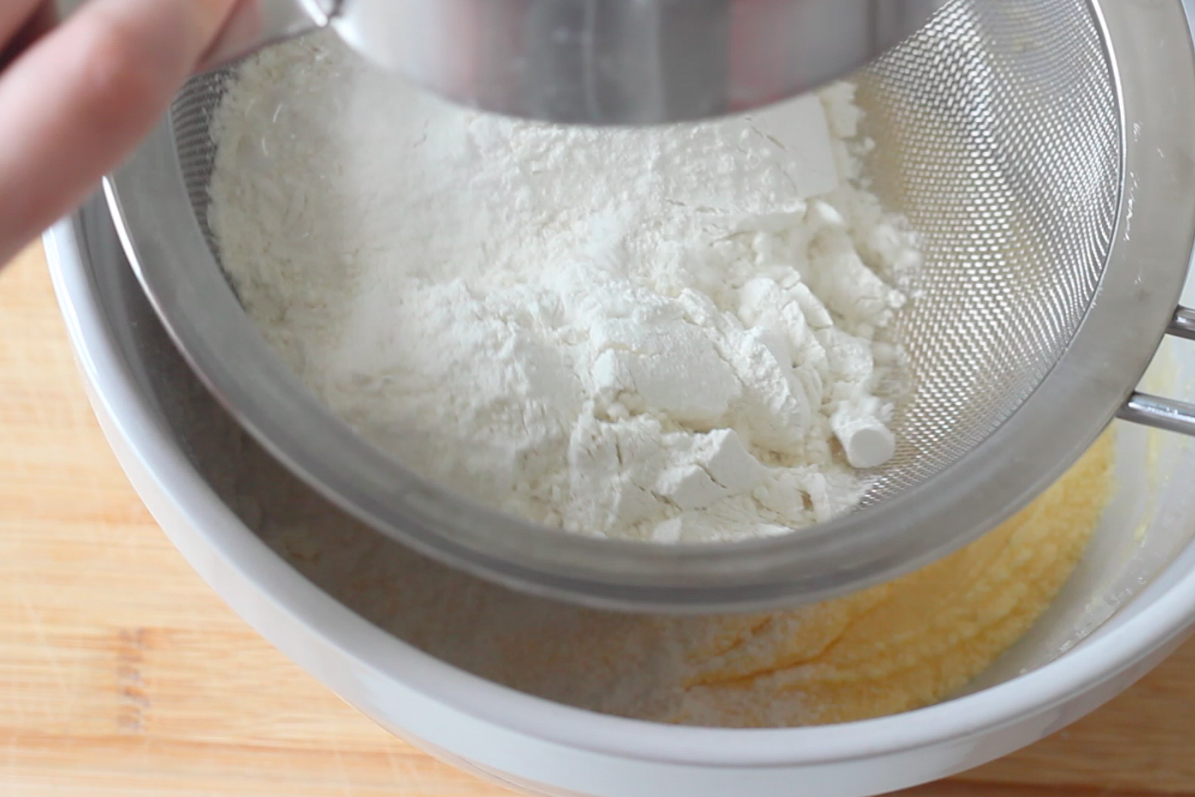 Pour the milk into the mixing bowl and add in the sour cream. 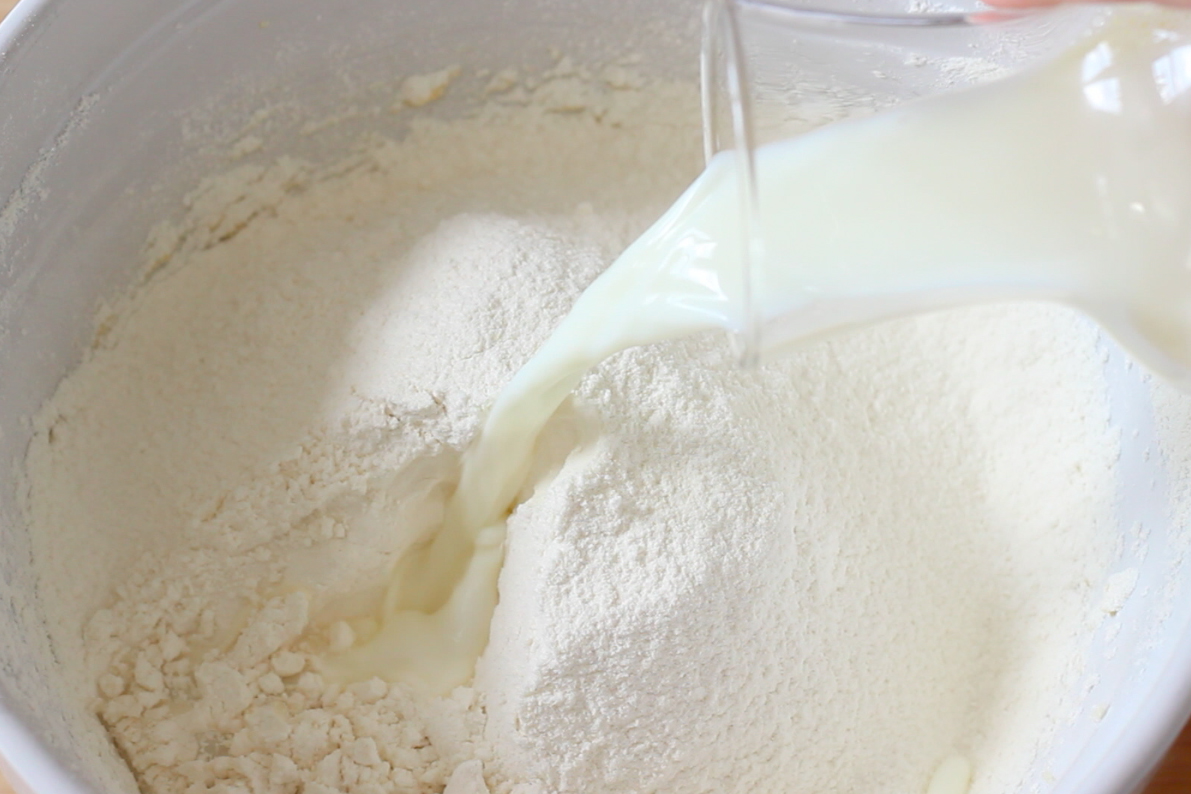 Mix the cupcake batter together until combined. Make sure not to over mix, just long enough until there is no dry flour, or the cupcakes will become dry and tough. 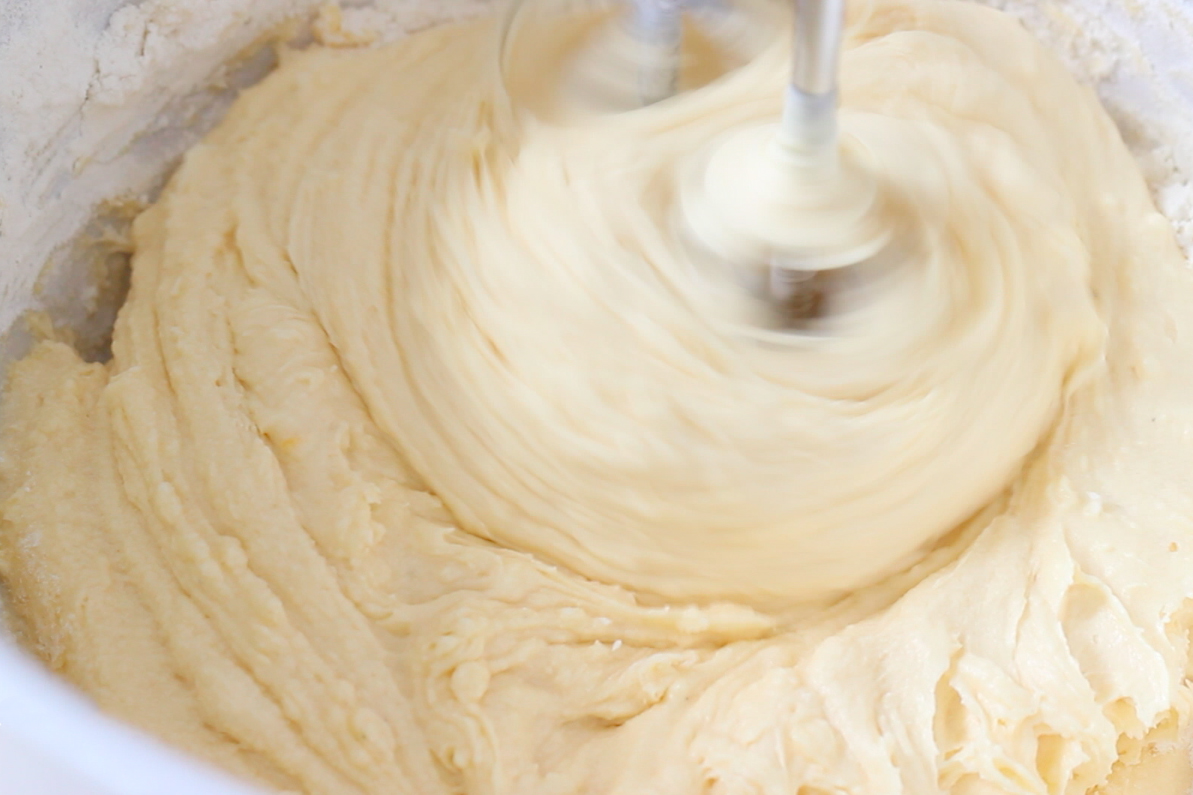 Divide the cupcake batter between 12 cupcake liners, an ice cream scoop works really well here. Place the cupcakes into a 180C/350F oven for 20 minutes or until the cupcakes spring back when lightly pressed in the centre. 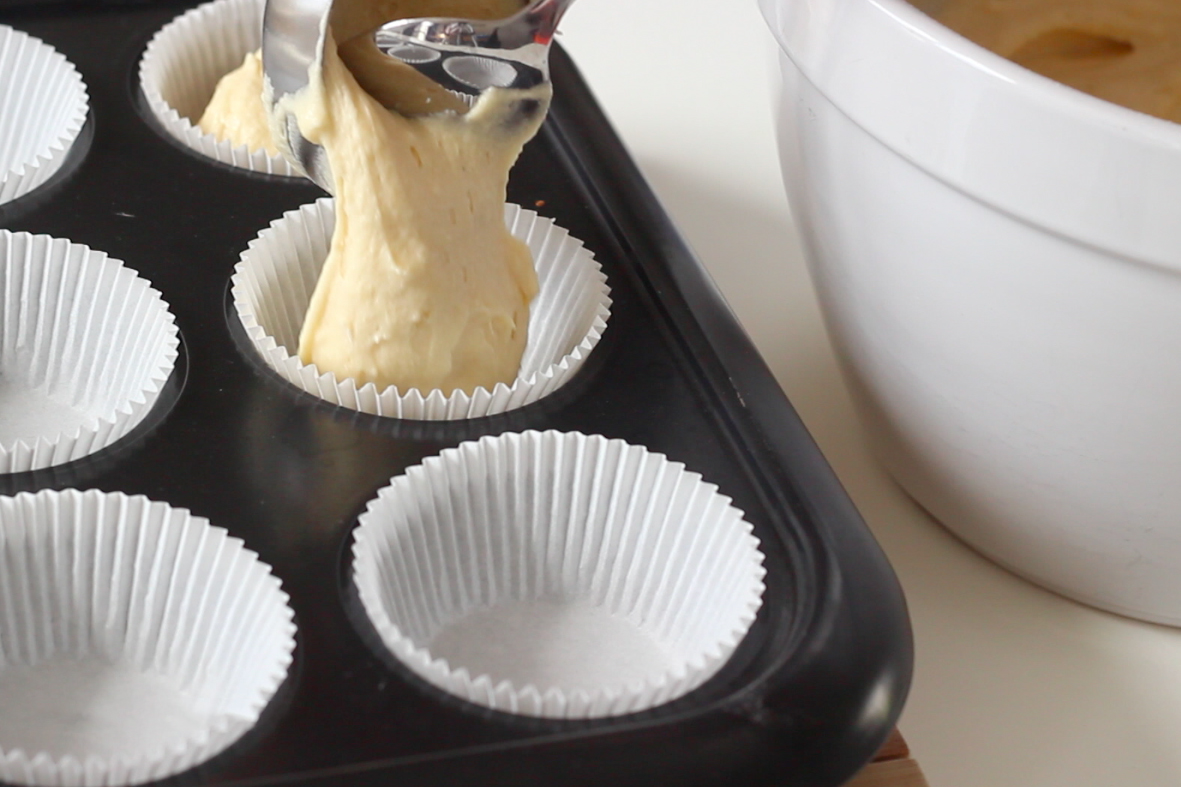 Let the cupcakes cool completely on a wire rack before decorating with vanilla buttercream. 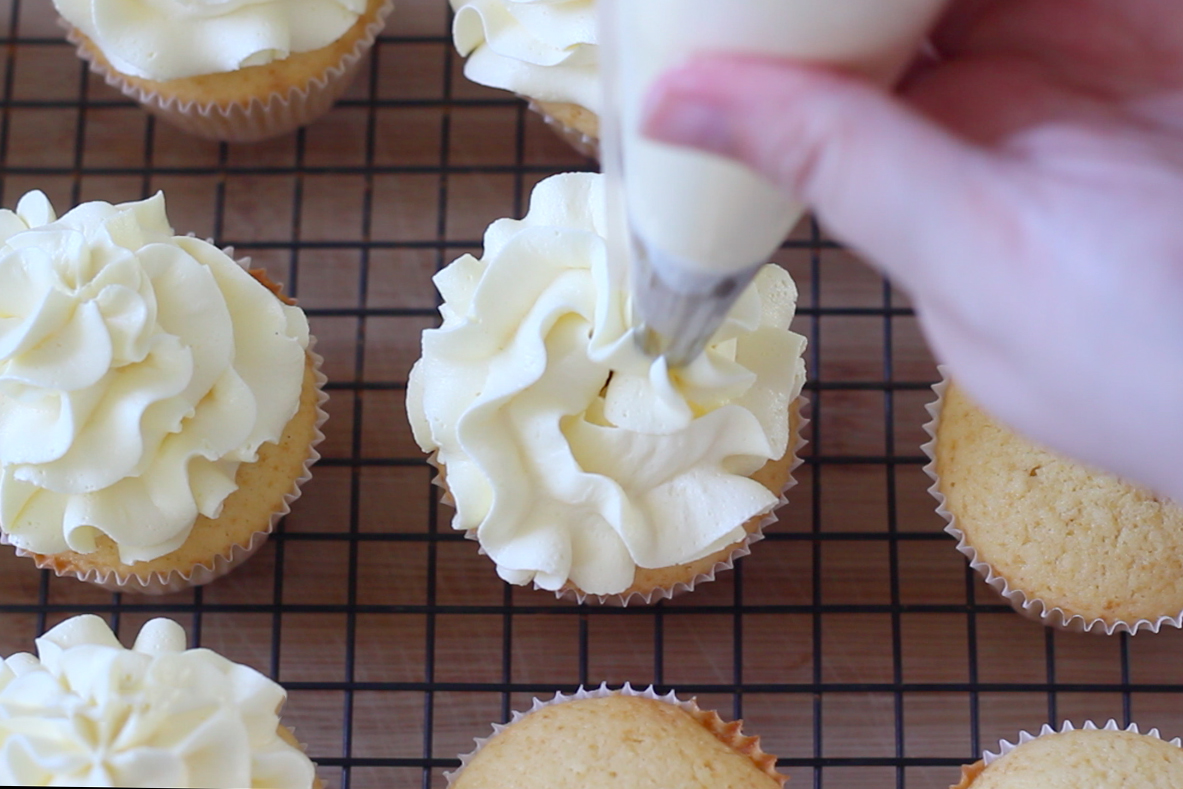 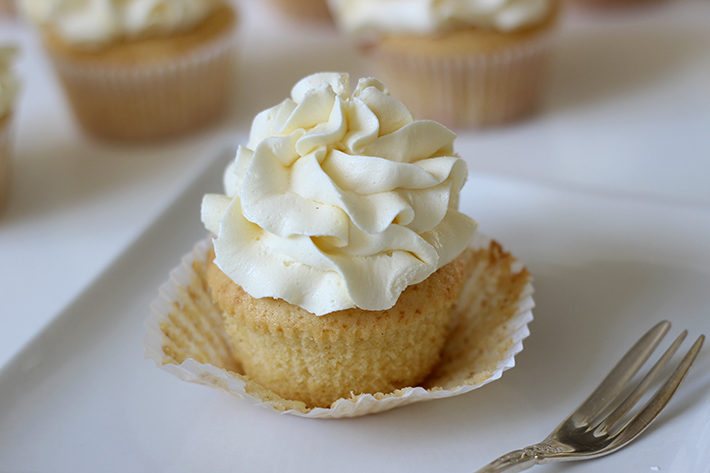 Can I double this recipe?

Yes you can. This recipe can be double, tripled or halved depending on how many cupcakes you would like to make. Make sure you have enough cupcake pans and space in your oven to bake all the cupcakes or I would recommend just making the recipe twice.

Do I need to use sour cream?

Sour cream works really well in this recipe but it isn’t essential. If you don’t have sour cream, natural unsweetened or greek yoghurt will do the same job but failing that you can just use the same amount of milk.

How long do these cupcakes last?

Like most baking, the fresher the better. I would recommend to eat these cupcakes the day of or the day after baking. By day three the cupcakes do start to dry out and become stale. Keep them in an airtight container at room temperature.

For more Cupcake Recipes check out: 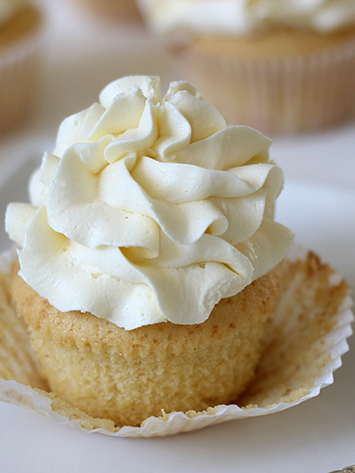 Print
Prep time
10 mins
Cook time
20 mins
Total time
30 mins
The perfect light and fluffy vanilla cupcakes
Author: Carina Stewart
Recipe type: Baking
Serves: 12
Ingredients
Instructions
Notes
The sour cream or natural yoghurt is optional but for the best cupcakes I recommend using it.
Make sure the butter is at room temperature before trying to cream it with the sugar. Just remove it from the fridge 1-2 hours before you need it.
This is a great basic vanilla cupcake recipe. Try adding 1 cup of fruit or chocolate chips to change up the flavor.
3.5.3251 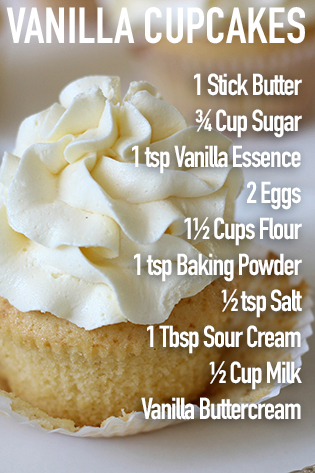 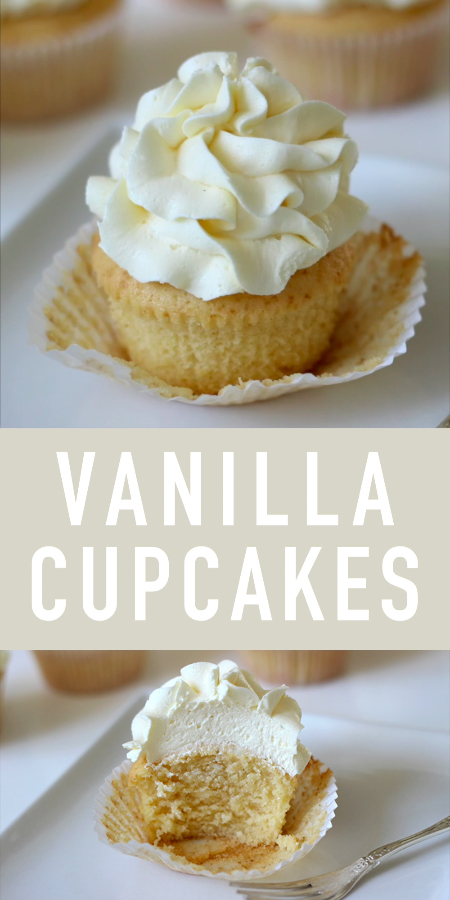 Hi Carina, What temp, and for how long to bake, if I wanted to make these mini's?

Hello! I know I'm sending this message way after this recipe came out, but I am going to be using this to make cupcakes this afternoon, and it looks like a fantastic recipe 😊. Thank you so much!

I'm in love with these! They are by far the lightest fluffiest cupcakes I've ever made... thank you for sharing your recipe. Your buttercream recipe was perfect too I just added a bit less sugar (300g) as hubby isn't a big fan of icing... I piped a tri colour swirl on each and it came out beautifully.